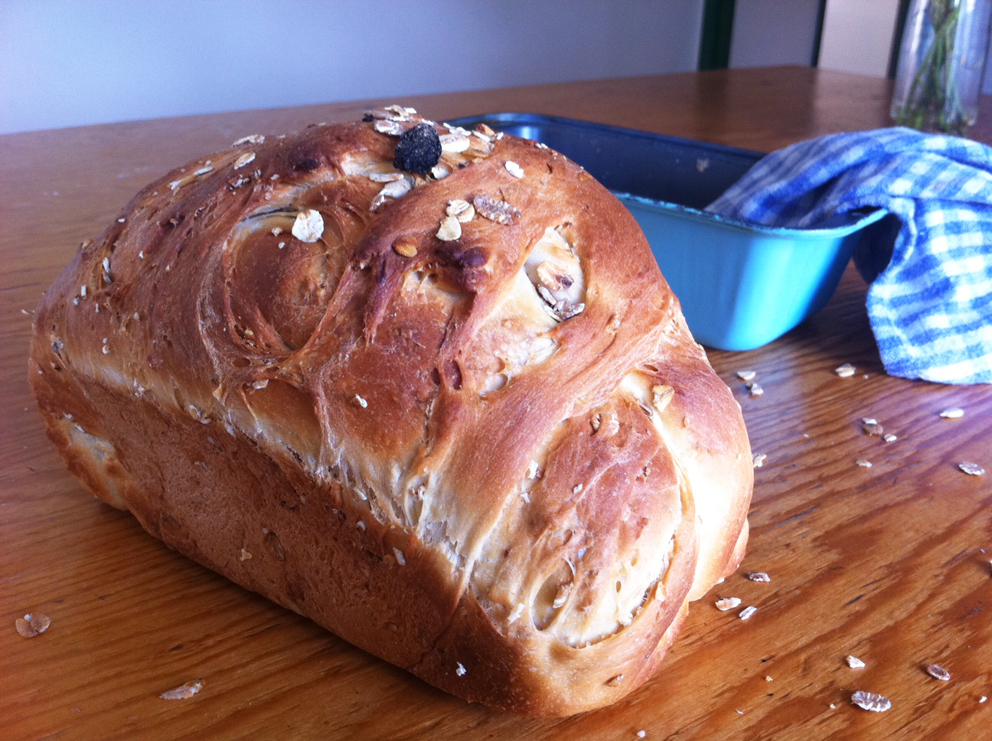 … living without the kitchen has gone from the sublime to the ridiculous with my temporary kitchen set-up in the newly built spare bedroom… it’s quite sweet really and looks a little bit like an old-fashioned cottage kitchen, with pots and pans balancing on the dresser and the toaster and microwave fighting for space on the old kitchen table… what’s not so sweet is doing the washing up in the en-suite shower… and then showering with one foot in the washing up bowl…

… there’s a great bloggers challenge that’s been doing the round for a while now and that’s Breakfast Club, this month hosted by its originator, Helen from Fuss Free Flavours… I adore her site as there’s always lots of give-aways of the most brilliant things… the theme this month is cereal and whilst i’m not a big eater of cereal… i’m a fried egg kinda guy… I do eat muesli, although it tends to be late at night after a touch of booze… i’ve even been known to serve muesli with Bailey’s… which is heavenly… but perhaps that’s another post for another time eh?

… anyhoo, I digress slightly… the thing is, I had decided back at the beginning of the month to bake a muesli loaf for this challenge… as it turns out, helen herself baked a muesli sourdough, which is probably where i got my inspiration… but of course I waited far to long to make the damned loaf and now I don’t have a bloody oven… but of course I forget that there are a whole host of ovens at Gunby, so I really have no excuse seeing that i’m here daily and I can use the kitchens at will… so i present to you the non-Belleau Kitchen… 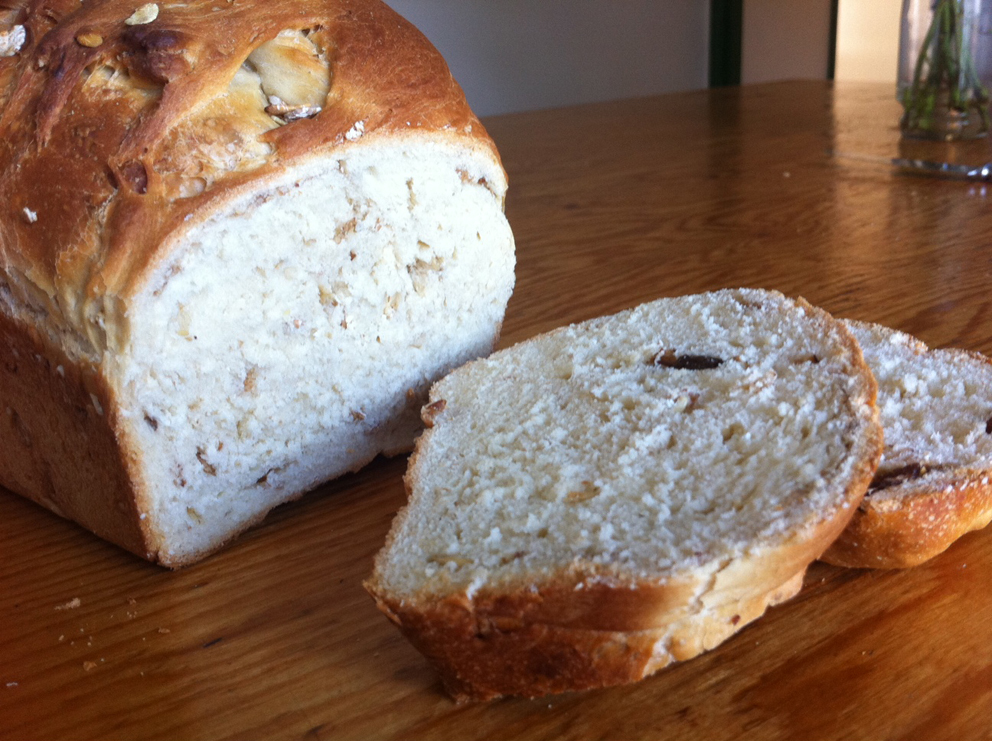 
its an adaptation of my basic farmhouse loaf again and i make no apologies for this… it is a perfect loaf every time and in these days of tightening our belts and my kitchenlessness I had to make something I knew would work and not be wasted.

450g strong white bread flour
2 tablespoons olive oil
2 teaspoon local honey (i used the last of the Gunby Honey)
1 teaspoon salt
1 teaspoon fast action dried yeast
100ml hand-hot water
200ml milk (slight change here but I thought the added milk would compliment the muesli)
3 tablespoons of good quality muesli
– put the flour into a large mixing bowl and stir in the oil, honey, salt and yeast.
– pour over the water/milk and gently bring together, turn it out onto a lightly floured surface and knead for 10 minutes.  You should end up with a really soft silky dough. After 10 minutes spread the dough out slightly and sprinkle in the muesli, then knead again for another minute or so.
– place the dough in a large bowl, cover with cling film and let it prove in a warm place for at least and hour or two until it has doubled in size
– knock back the dough for 2-3 minutes, then shape it into a rough oblong and place it into a greased bread tin, cover with a tea-towel and let it rise again for a further 45 minutes or until it has doubled in size.
– preheat the oven to 230c, score the top of the loaf with a sharp knife and dust with a little flour, bake for 30-35 minutes until golden.
If you want a really crispy crust, take the bread out of the tin and place it back onto the oven shelf for a further 5 minutes.
eat and of course, enjoy!