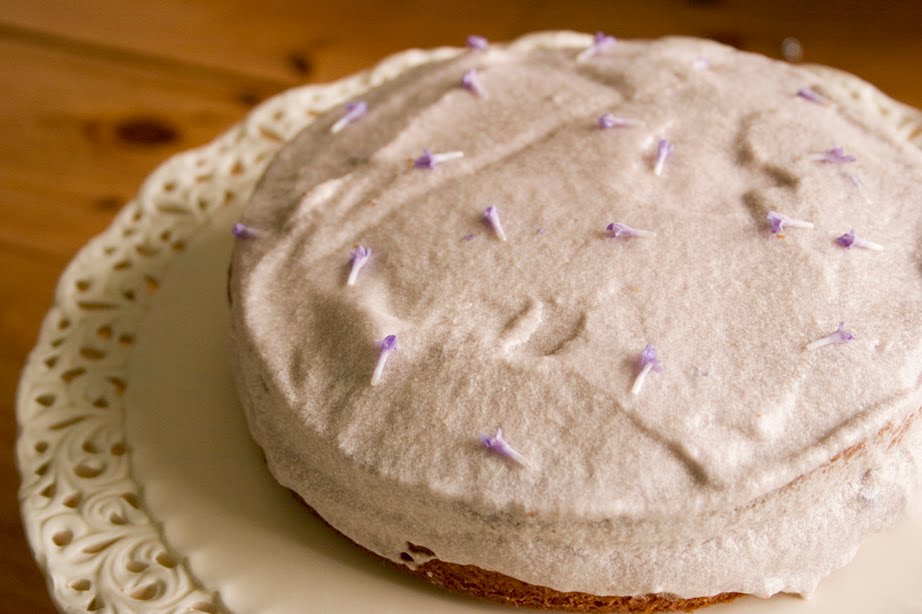 I turn 40 this year… actually in about 5 weeks time and I think i’ve been pretending that it’s not happening or that i’m totally fine with it all… but you know how, when you push something into the darkest corner of your mind, something else evil emerges? Well I guess the fact that The Viking and I have a screaming row every single time he or I mentions the birthday is proof that i’m not so blase about the whole thing…

… it’s not the turning 40 that is stressing me out, it’s the organising something to celebrate that I’m not easy with… what kind of party should I have…? an all out swinging disco or a dinner…? do I have a party in London or Lincolnshire, or both…? who do I invite…? will they come…? can I be bothered with the hassle…? and then The Viking, who incredibly shares his birthday with me, wants to organise some kind of surprise but I’m Mr organisation and seem to be treading on his toes at every turn… oh god why!?!

… anyhoo … another thing to celebrate is that Belleau kitchen has reached its 100th post… and this is it… look around… GLORIOUS isn’t it?…

… i’m sure i’ve reached here way too quickly for my own good… 100 seems like it should have taken longer but you know me, rambling on about food whenever I get the opportunity!

so i thought I ought to bake a cake to celebrate, i love baking cakes, there’s something decidedly old-fashioned and traditional about it and also something naughty, to cook a cake for yourself… and I needed to practice for both the up-coming Aby Village Show and also my birthday, for which i would love to bake something out of this world… but not sure yet.

This was a Lavender Chocolate Sponge…

well, this wasn’t exactly the success I hoped for… i’ve made loads of sponge cakes before and they never curdled but for some reason both the sponge mix and the icing curdled on me at different stages… and I took it all so nice and slow and followed the recipe to the letter (or did I?… no, I bloody added some Total Greek Yoghurt to both sponge and icing…) and the recipe is one of Delia’s for goodness sake…

… and I refuse to throw it away, its a huge waste.

as it happens, both cake and icing tasted great and it doesn’t look too bad… just must try harder next time although The Viking just said to me that its ‘so great that my experimentation is going through the roof whilst the quality is dropping’… thanks big fella! 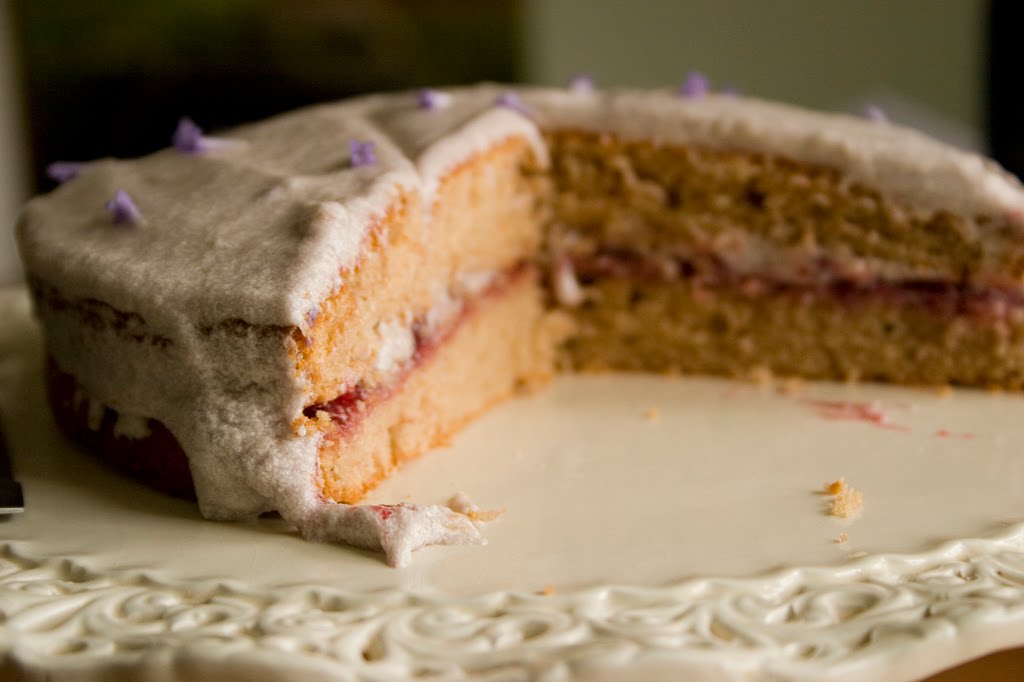 cream the butter and sugar till light and fluffy
beat the eggs and then, teeny bit at a time, beat the egg into the creamed butter and sugar (this is where it curdled for me…)
then add a few drops of the vanilla and two tablespoons of the yoghurt
now, with a metal spoon add the flour and cocoa powder, mixing gently till it’s all incorporated (the sponge wont be dark chocolate in colour, it will just have a hint of chocolate.

next I made this icing recipe (thanks Mr P,) but excluded the strawberries (although this would be just as nice) but added some lavender flower heads and a touch of purple food colouring.

I’ve used a little bit of raspberry jam and a layer of the icing to sandwich the two sponges together and doesn’t she look pretty?

I think I may make some peanut butter cookies for 101… I have a good recipe from my grandma which looks pretty fail safe!