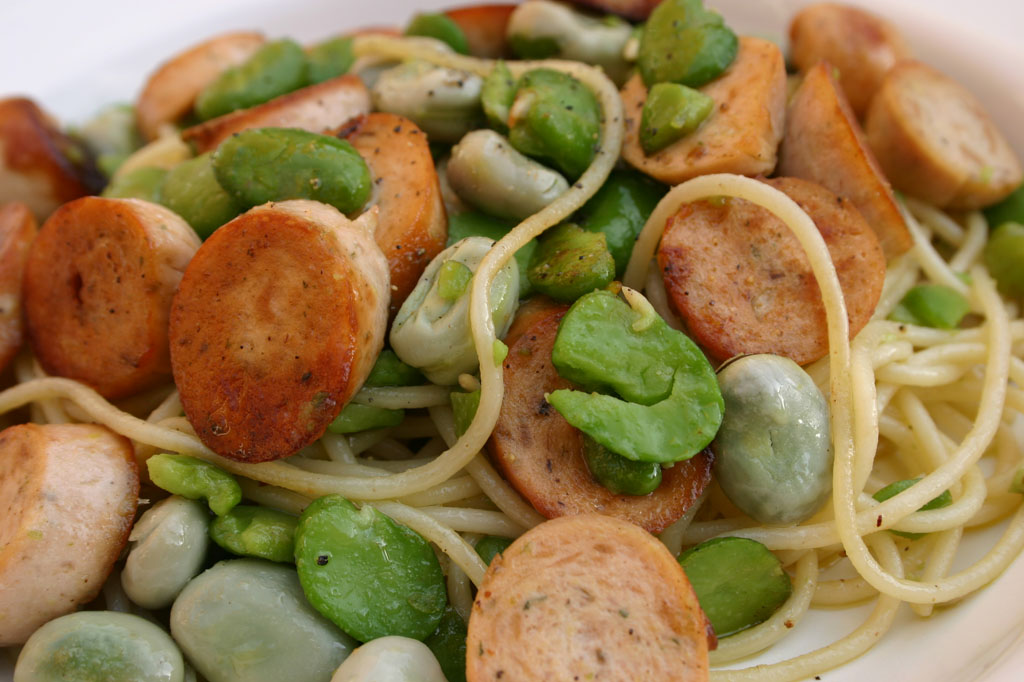 one of the many wonderful things about living this blissfully bucolic life are the gifts brought to you by friendly neighbours… Belleau is a teeny village and June and her slightly scary brother Geoff live at the last house down the hill.  Geoff tends an enviable veg patch and is very generous with his harvest… and today June brought me a bag of broad beans and told me I can ‘do cooking with ’em’… thanks June.

I’ve got to say that broad beans aren’t on the top of my weekly shopping list and even if I did have a veg patch as big as Geoff’s I still don’t think I’d grown them in such abundance… nevertheless I’ve found a lot of lovely recipes, so I’m going to freeze half of them and this evening we’re having a simple salad of beans, spaghetti and sliced sausage.

It’s kind of an adaptation of a Valentine Warner recipe for broad bean and ham salad, which looks enchanting in the photograph… I’ve gone for some veggie sausage tonight… (I can’t always make one for him and one for me y’know… it gets quite tiresome…) and the beans are the real stars here, so what the hell.  I’ve added some spaghetti to expand the dish as we’re having this for supper, but you could leave it out and still have a lovely meal. 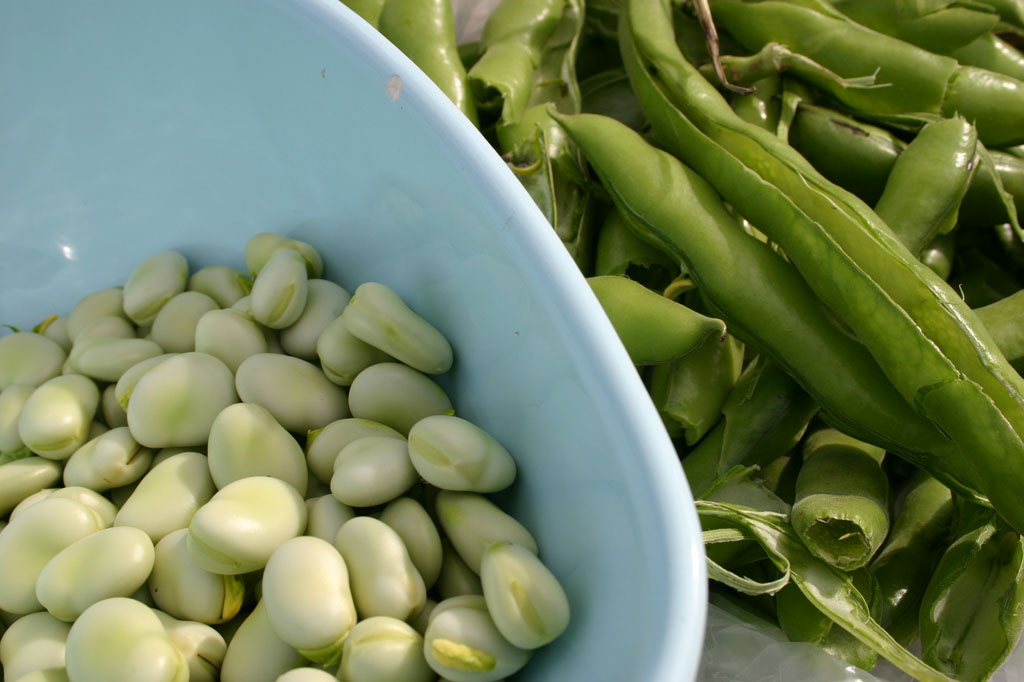 Shell the beans, then boil them in salted water for no more than 3 minutes, after which you drain them and then run them under ice cold water.  Val says to peel them if they’re old but seeing that these babies were still growing when I shelled them I’ve peeled half of them, just for fun and a variety in texture.

The sausages are sliced and pan fried till nice and crispy.  I’ve thrown the last cloves of that delicious roasted garlic I made on Friday to add a deep smoky edge.

Tossed all together with plenty of s and p and a glug of olive oil… what could be finer?