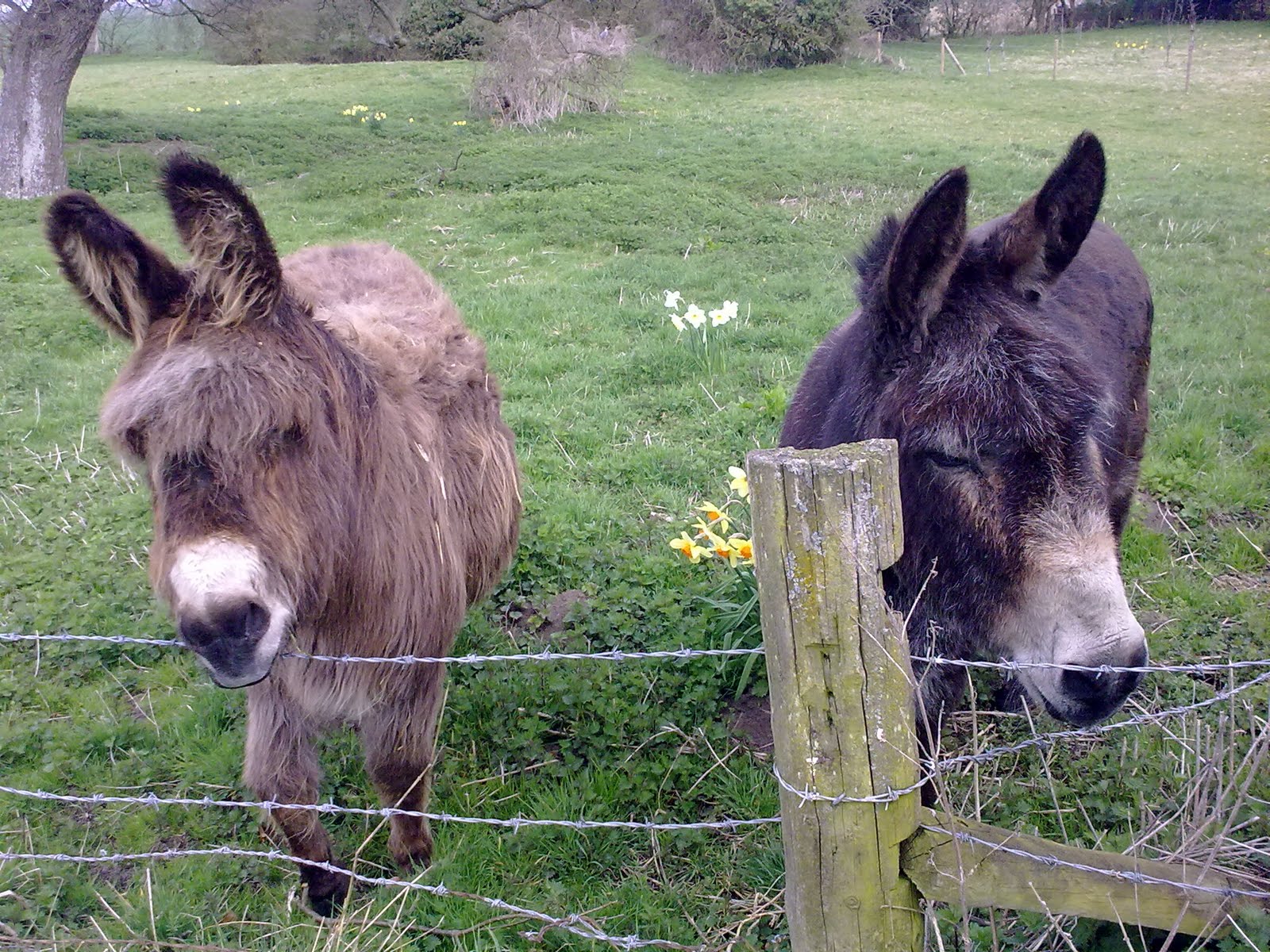 So i didn’t officially ‘make’ anything for the donkey’s but they came to the back fence to say hi, so I fed them a carrot each for breakfast.

Earlier, The Viking noticed that Suzie (the brown one with the funky fringe) was laying down in the field and all the jackdaws were standing on her, pecking at her. It was rather disturbing as she’s very old and was unwell when she was rescued from her life carrying children up and down the beach at Mablethorpe… but she suddenly stood up and walked away… clearly it’s exhausting being a rescue donkey and she just needed a lie down.