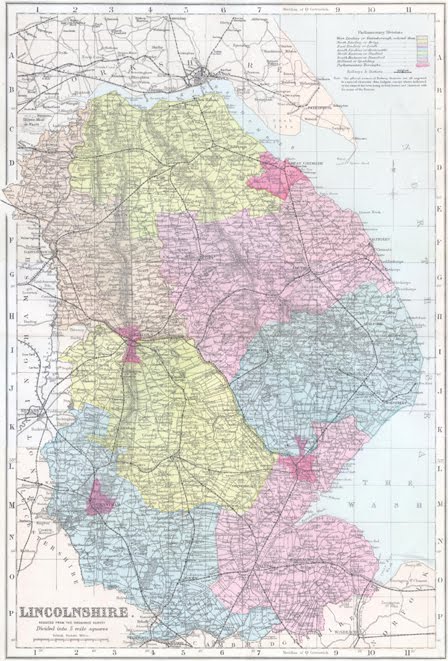 I thought i’d write a little bit about Lincolnshire, as a way to ground my blog in a time and place.

For those of you who are map-deficient or even those of you who tend to get nose bleeds anywhere north of Camden Town, Lincolnshire is the UK’s second largest county (was the largest until a few grumpy people in Humberside (quite…) decided they wanted their own county and Lincolnshire was unceremoniously split at The Humber.  Should you chose to look for us on a map you’ll find us in the middle and to the east of the country, above Norfolk.  There is no major motorway (a blessing and a curse) yet boasts the most caravan sites and static caravans in the UK! 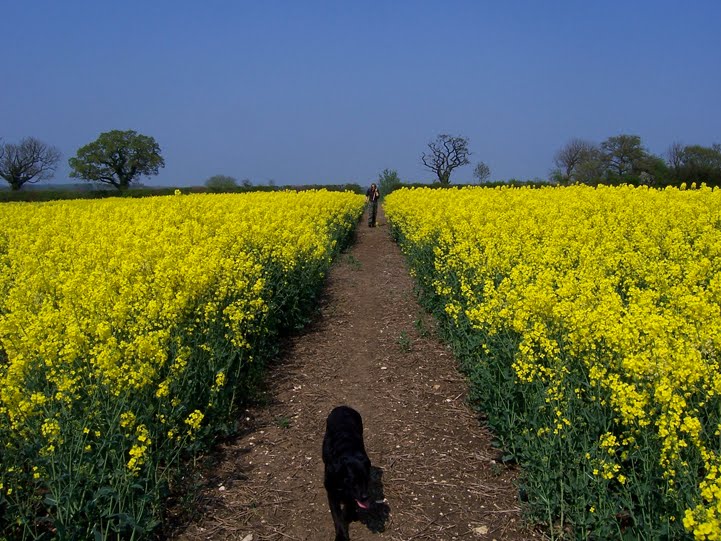 It’s one of those county’s that tends to get ignored by the media and therefore the general public have a very sketchy idea of it… if we get mentioned by the weatherman during the news, we usually tend to whoop and holler at the television and call all our relatives!

Most peoples perception of Lincolnshire is flat arable farm-land and whilst this is true to a certain extent there is a large unspoilt hilly area that stretches up the county known as The Lincolnshire Wolds (a wold is a hill in old English.)  Belleau is a small hamlet nestled in the wolds, not far from a beautiful market town called Louth.

Lincolnshire boasts many famous sons and daughters and landmarks… (too many to name here but I will quickly mention John Smith, one of the founding forefathers of America, Jennifer Saunders, Alfred Lord Tennyson and Isaac Newton….)  and the capital of the county is Lincoln which has the most incredible cathedral, identical to Westminster Abbey and was in fact used as a double for the Abbey during the filming of The Da Vinci Code.  Lincoln also has a medieval castle and the fabulous Steep Hill, which, as the name suggests is a steep cobbled street that run’s from the new shopping area at the bottom, up to the older part of the town with the Cathedral at the top and is lined with quant shops and tea-rooms. 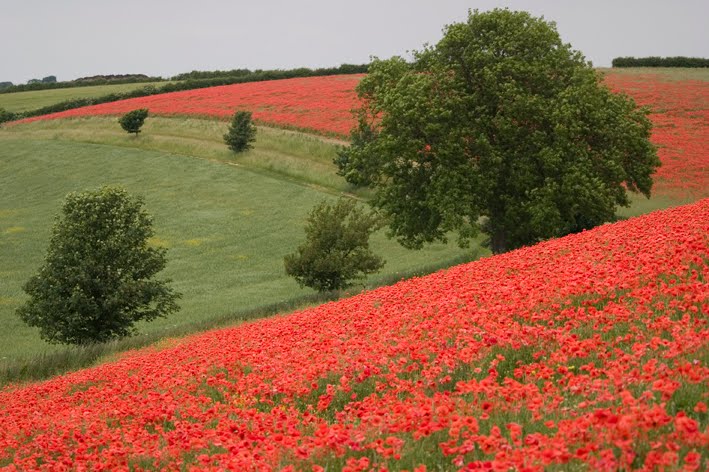 We also have some of the most incredible, clean, quiet and large beaches in the UK which stretch from Skegness in the south up to Cleethorpes in the north. 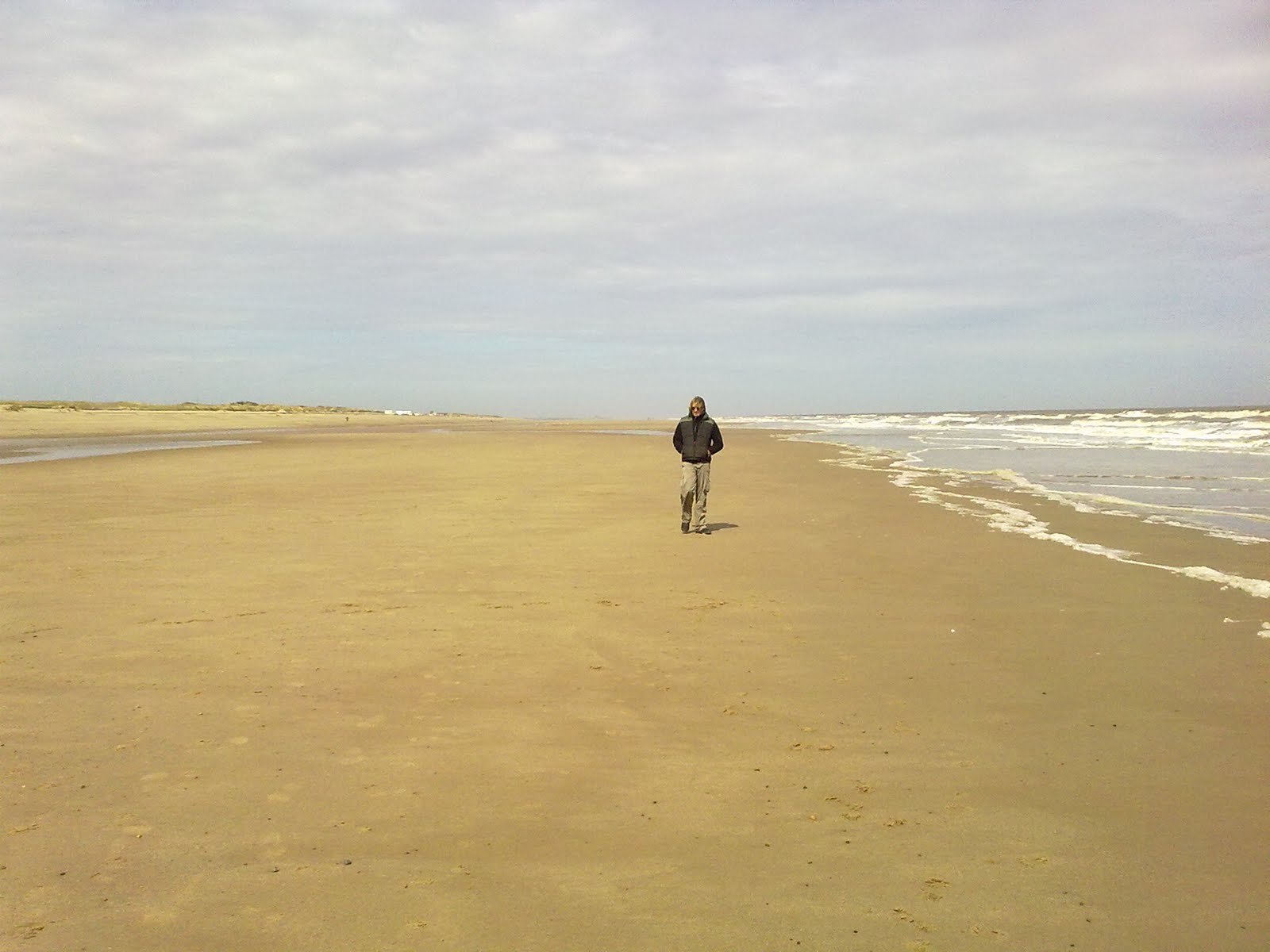 When I first came to Lincolnshire I had no preconceptions about what I would find but I didn’t expect to fall totally in love with the place.  It’s funny because it’s not chocolate-box pretty like Devon or the Cotswolds yet there are some vistas that take your breath away.

As far as food goes you definitely get the feel that it is working, farming land… in fact I believe that Lincolnshire produces the highest percentage of the UK’s vegetables and we also have one of Europe’s largest fishing ports in Grimsby, our cattle is noted for it’s fine beef and lamb, we have plenty of fresh trout rivers and we even have Ostrich farms, yet although we’re surrounded by all this incredible fresh produce there is nothing here like the food culture that has grown up around the southern counties.  I guess this is good old working class stock; food is fuel.  It has taken a while (and an influx of Southern posh types) for the food landscape to change… and change it has!  In the 12 or so years i’ve been coming here Lincolnshire has come out of it’s shy, work-a-day boots and stepped out into the sun to show off in all it’s glory.  We now have The Taste of Lincolnshire scheme, which celebrates great, locally sourced produce and encourages restaurants, pubs and shops to stock items it endorses.

We have local working windmills grinding organic flour, gastro pubs, tea rooms and celebrity chefs to rival the best the UK has to offer… and this is why I love it here.

It is unspoilt and every day i feel like i’m discovering something new and wonderful… I am totally enchanted and if I can share just a little of this with you then i’m happy.