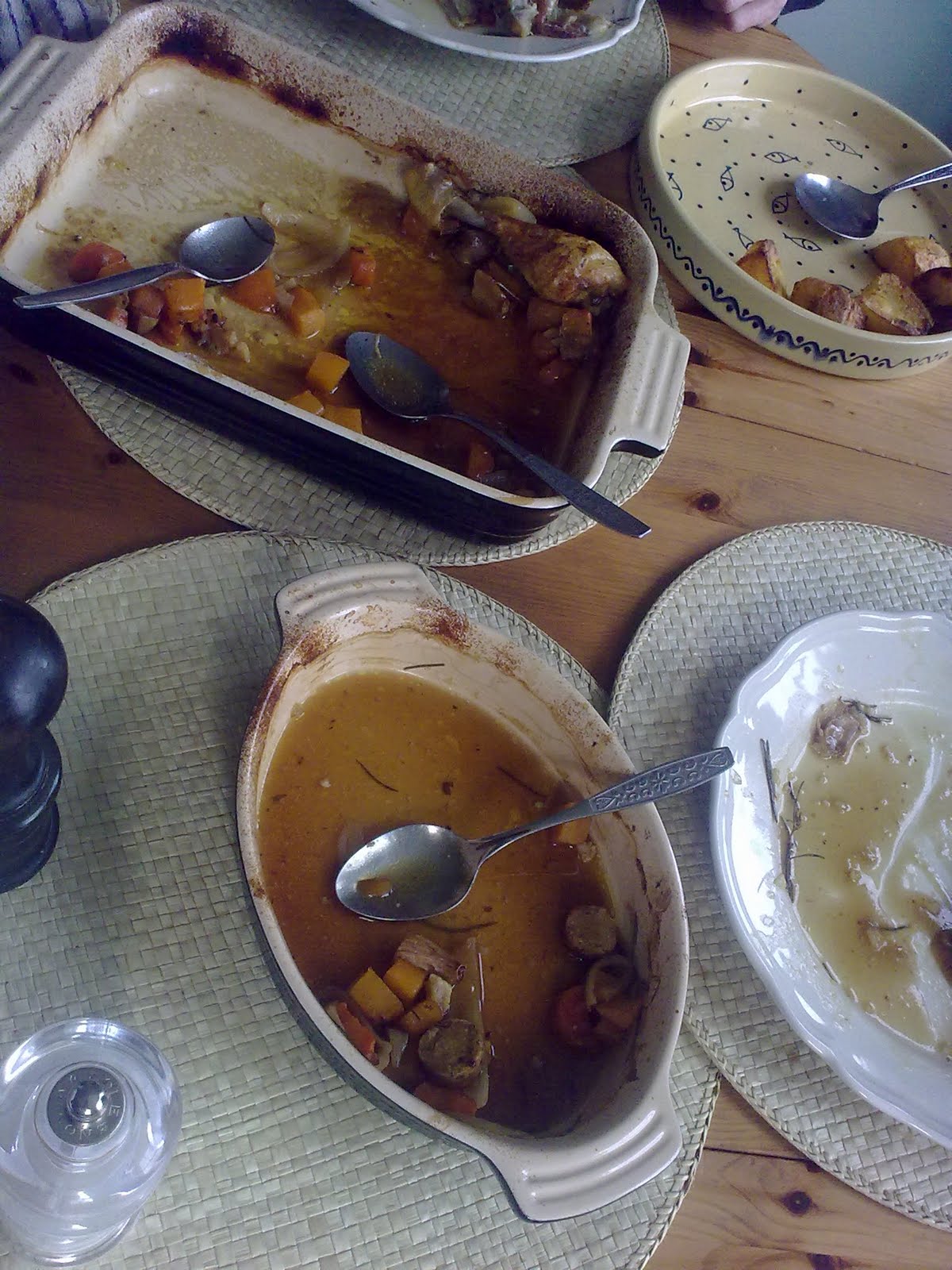 we were so hungry I forgot to photograph the food!

Essentially it was a chicken casserole with carrots, onions, swede and cauliflower. So easy to make with free-range thighs and legs (nice and cheap and the most tasty bit of the bird.)
Just chop everything up nice and chunky, a slug of olive oil, some rosemary and garlic and s & p and then roast in the oven for an hour or so. I poured in a glass of white wine and a little stock and covered in foil for the first half hour.
I made a veggie version for The Viking (i like alliteration in my food) which was exactly the same but I chopped up cauldron veggie sausages instead of the chicken… so easy.
Served with roast potatoes and steamed cabbage..mmmmmm everyone happy!