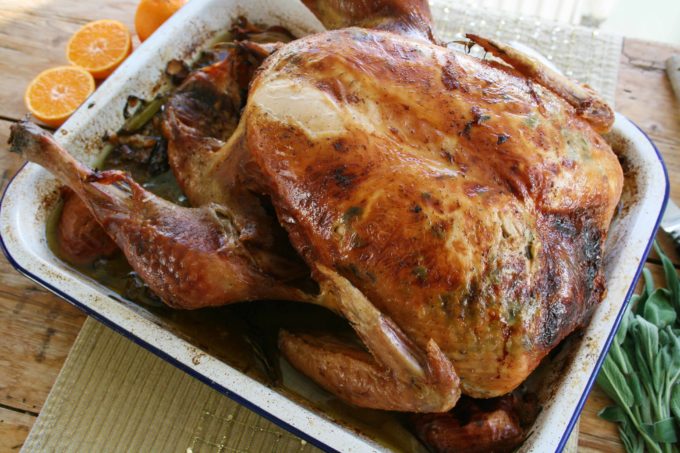 We only went and won the prize turkey at our local pub Christmas Draw!

Every year our wonderful local pub, the Railway Tavern in Aby, holds a Christmas Prize Draw.  It’s essentially like a bumper raffle where, throughout the year you pay £1 to enter and choose a lucky square from a large paper sheet.  They display the sheets in the pub over the 12 months leading up to Christmas and you inevitably notch up a square or two as you pass.  At the end of the year, half the money collected goes to a charity and the remaining money is used to purchase a random selection of gifts.  From toiletries to chocolates as well as donations from local producers.  There’s always a hamper of fruit from the local grocer as well as a box of seasonal vegetables.  The big prize of course is an incredible free-range Bronze turkey supplied this year by local butchers Lakings of Louth. We always giggle about what we’d do if we won it, firstly because The Viking is a vegetarian but also because it’s very often just me and him for the big day and so a giant turkey for one person is perhaps a bit much.  This year I had even mused to myself about not eating any meat and having a fully vegetarian Christmas lunch but that all changed last night when we won the big bird.  All 5kg of her!

I was slightly tortured last night deciding what to do with it, should I portion it up and freeze it, should I cook it and eat it all to myself? (Believe me, I could certainly try!) Should I be clever and adventurous with it and turn it into something wold and unexpected. But in the end, I’ve decided to stay traditional and cook it early on Christmas Eve.  I’m going to take a breast for myself to eat over the next few days, freeze a leg for my freezer and then give the rest to our lovely neighbours Nigel and Tracey who can feed their five thousand with it! 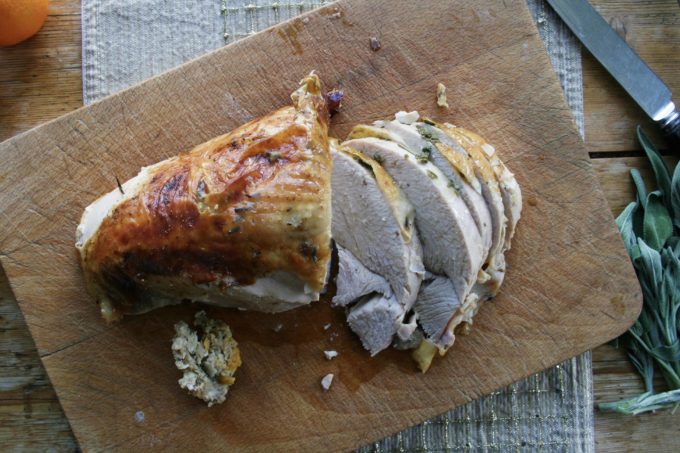 I’ve seen a huge and varying amount of options for roasting a turkey for Christmas Lunch and I’ve kind of mixed up my favourite ideas here and it seems to have worked really well. I actually think that ending up with a wonderfully moist turkey depends so much on the quality of the turkey to begin with.  My advice would be try and get the best turkey you can afford.  It makes a big difference. Dressing a turkey for roasting really shouldn’t be a big fuss and I don’t really have any major rules other than I don’t stuff the big cavity, just a few wedges of oranges and I always start with the oven nice and hot, at least 230C or as high as you oven will go and then reduce it down to 180C after the first 45 mins. Don’t overcook the turkey. For 5kg it’s roughly 2 and a half hours (which is roughy 30 mins per kilo, obviously ovens vary in temperature.) The only other thing I would stress is the importance to rest your turkey.  A big turkey can sit for 2 hours after roasting.  I promise you that in the end, after all the fussing and fighting, it’s the resting that will give you the most succulence. 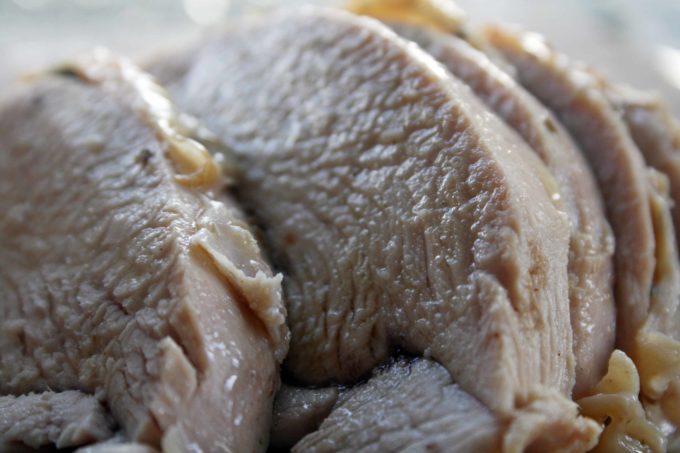 You can dress your turkey on Christmas Eve, wrap it in foil and place it back in the fridge ready for the morning, just remember to take it out of the fridge and let it come up to room temperature before roasting!

you’ll need a large roasting tin (that fits into your oven and your fridge!) and pre-heat the oven to 230C

put the soft butter into a bowl and sprinkle with some fresh herbs – roughly 2 tablespoons worth of finely chopped) and smoosh them all together – your hand is the best tool here – set aside.

lay all the chopped veg, garlic and turkey giblets into your roasting dish, season well and then place the turkey on top of them, breast side up.  Season the inside of the bird with salt and pepper. From the neck end, try and separate the skin from the breast flesh.  It shouldn’t be too tricky to do with your fingers but if you’re squeamish you can use a spoon.  If your turkey is big you will literally be wrist deep under the skin by the time you get to the other end of the breast.  You’re making a pocket into which you’re going to put the herb butter.  Smoosh the butter in and then spread it down under the skin until the bird has a wonderful layer of butter between skin and breast.

season the whole bird with salt and pepper and then wrap the whole thing with foil – try and leave a bit of space between bird and foil at the top, so you’re creating a little tent for him to cook in.

roast for 45 mins at 230C, then turn the heat down to 180 for another 30 mins.  Next stage, take the turkey out of the oven and carefully remove the foil (you’ll need it again in a moment.) With large forks in either end, carefully turn the turkey over onto its breasts. Place the foil back on and back into the oven for another 45 mins. Then finally, take the turkey out of the oven one last time, remove the foil, turn the turkey back over to breast-side-up and put it back into the oven without the foil for a final 20 – 30 mins blast of heat so the skin can get gloriously golden.

remove the oven and place the foil loosely back on top, along with a tea towel and let it rest for at least an hour if not two.

you should have a perfect turkey you can carve really easily.  I like to remove the breasts and carve them separately from the bird. 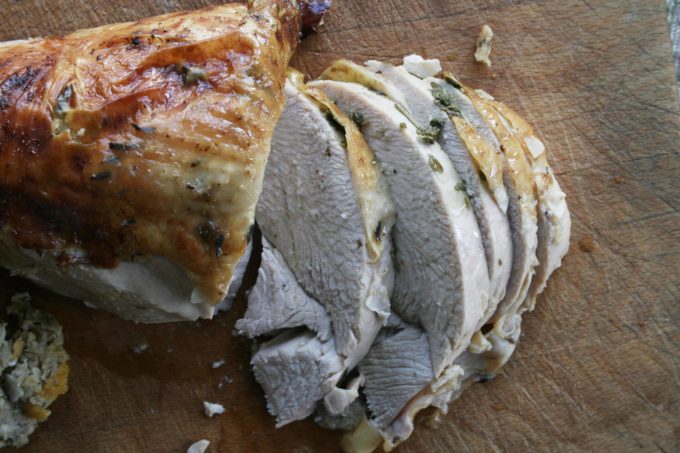 Caesar Salad with a veggie Caesar dressing. I th

Lazy Day Lasagna This lasagna is perfect for a ra